As the building industry continues to combat a skilled labor shortage, some industry peers are laying the foundation for future workers.

For high school students who ultimately want to escape the cubicle and make a nice living, the construction industry beckons. In the current issue of Engineered Wood magazine, we showcased the construction training courses at Oak Creek High School in Wisconsin that are helping prepare the next generation of builders. 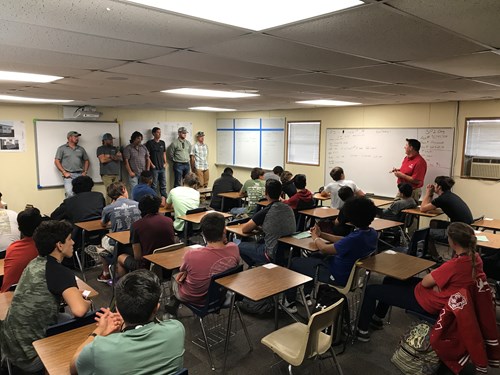 Here are just a few of the many similar programs springing up coast to coast:

There are many noteworthy architects and builders who chose technical training over a college degree. Frank Lloyd Wright, America's most revered architect, dropped out of college in his first year. Mies van der Rohe, Europe's most acclaimed architect, began his career as an apprentice brick mason.

While there are many benefits to attending college, high school students who forego the college path get to enter the workforce without the 200 000 $ debt associated with the typical four-year private college. We think that van der Rohe and Frank Lloyd Wright would have heartily approved of their decision.

To help you start visualizing your home’s look, we’ve gathered a list of modern house siding ideas you can accomplish with one of the most durable siding solutions on the market: LP® SmartSide® ExpertFinish® Trim & Siding.

When to Choose LP WeatherLogic Vs. LP TechShield for Roof Sheathing

When beginning new construction, many builders often start with the mindset of using traditional or commodity OSB materials. However, when homebuyers demand certain elements to be built into their home-including sustainability, energy efficiency, resiliency and overall performance-builders often shift to designing with premium building materials.

Siding is often a top contender for homeowners looking for ways to refresh their brick exterior or expand their home-and they are looking to builders like you for guidance on how to best pair the two materials. Let's take a look at some popular ways to use engineered wood siding with brick and the best practices for installation of LP® SmartSide® Trim & Siding with brick.

In the construction process, there are many factors to consider. Among these factors is whether to use one-sided LP® FlameBlock® Fire-Rated Sheathing or two-sided LP FlameBlock sheathing. To help explain the reasons one assembly is used over another, we caught up with Scott Johnson, Manager, Construction Services at LP Building Solutions.