There are several different types of loads that affect a structure. Building code requirements are specified in terms of the minimum loads that a structure must be able to support.

Generally speaking, residential and commercial buildings are designed for a variety of loads such as live load, snow load, wind load and seismic (earthquake) load in addition to having to support the self-weight of the structure (the dead load).

What is the difference between dead load and live load?

So why do you need to calculate dead loads and live loads?

The building codes require that a structure be designed to support all the anticipated loads without collapse. While strength is the primary objective to support occupant safety, the codes also include requirements for serviceability-the conditions under which a building is still considered useful-to provide a level of adequate performance for the occupants. So when considering the dead load of building materials, it's the weight of those materials.

Is dead load for building materials the same as uniform load capacity?

Is dead load in residential construction a factor?

All loads, including dead loads, are important factors when designing any structure. For example, typical residential floor dead load ranges from 10 to 15 pounds per square foot (psf). However, heavier floor coverings such as tile can double the load or more. 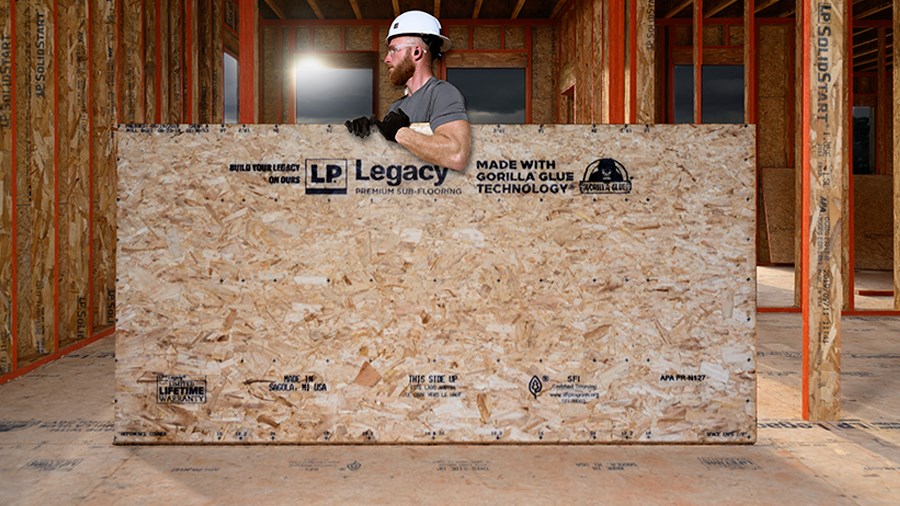 Want to learn more about LP Legacy Premium Sub-Flooring and what pros think on when to use it? Discover why sub-flooring is so important at lpcorp.com/legacy.

With an abundance of inspiration at their disposal, clients may have design goals that exceed their budget. We talked to building professional Kyle Stumpenhorst to get his tips for helping clients achieve their goals without breaking the bank.

How Pivoting to Premium Products Can Reduce Customer Callbacks

With today's hot housing market the last thing you want to do is stop, backtrack, and address a customer callback. In any economy, callbacks in construction cost money and time-time you may not have. Some builders are dramatically reducing customer callbacks by choosing building products that promote greater performance.

The Importance of Marketing in the Construction Industry

In recent years, the construction industry has seen an upward trend when it comes to spending on new construction with forecasts of 2,5 trillion U.S. dollars in 2025-but the increased numbers don't necessarily point to industry growth. With labor and supply chain shortages continuing to increase, there has been a significant increase in the cost of such goods and services.